Today I fished the Klamath River exploratory, I had over 50 grabs.  I hooked 2 adults the other one I lost were on Golden Stone Drys. What was nice about this was to throw a single dry fly it didin’t matter if your were on a edge or some pocket/pools/tailouts, you put your fly there and the fish came up and jumped at it.  Not too much oppurtunity to hook these fish on dry’s you can on the Klamath, there might be about 2 weeks left. You are up in the highdesert so its not to hot. Closest big town on the Upper Klamath river is Yreka. 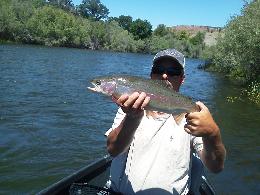 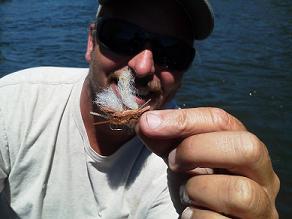